Information and discussion about Omega's patches for EE and EE:AoC (no longer in use or under development)
Locked
24 posts

Argument: It kills CB and nothing can be done about it except removing the patch!
Response: Sure it kills CB if you define killing CB as removing the ability to ally and tribute, unless you make it into a scenario, in which case there's really no issue. If you don't define CB that way, it really doesn't kill CB does it? And of course, there's no reason to actually define citybuilder that way other than you can do them in CBs now and its common for people to do so in CBs now, but you can still build cities, have battles in the center, and have fun without tributes and alliances, or you can just make it into a scenario where you can still tribute and ally.

Argument: Everyone can tell if someone is glitching, so there's no point in fixing glitching.
Response: This isn't true. Many players have no idea how to check, and this is evidenced by all the people who send admins and mods saved games so we can check FOR THEM. More importantly, even the most competent of cheater-catchers can't always prove cheating, because proving glitching is only possible under certain circumstances. In cases where it's past ~30 f11 in the game, it's virtually impossible to prove cheating unless the cheater is dumber than retarded, and in many cases minor (but still advantage-giving) glitching is fairly difficult to detect (and obviously gets harder quick, until you hit impossible to detect). Also, basically all glitchers know about how their glitching is detected, and when it's very hard or impossible to detect. That's when they cheat.

Argument: If you really cared about glitching you would check the statistics after every game. You don't, so you don't really care about glitching. (Therefore, removing the tribute screen is bad)
Response: This is retarded, and almost always made after the above argument gets shot down as also being retarded. First of all, this argument ignores the fact that (when its usually used) has already been pointed out, which is that it's not always possible to prove cheating, which makes it invalid because there's no point in checking the stats of a 2 hour island game when you know that you can't prove anything--hell, you can't even check the stats without making a TON of assumptions. The argument also ignores the benefit of the time spent checking per game, versus the likelihood of proving a cheater, and then factoring in how much you hate cheating versus how much you'd rather be playing EE as opposed to crunching numbers. To actually do this, you'd have to be someone who loves doing stupid computations as much as you like playing EE, and you'd have to hate glitching, and anyone who likes stupid computations that much isn't going to be playing EE at all because they could be adding random numbers they pulled out of their ass, with the occasional multiplying, dividing, and subtracting just for variety.

Argument: You can't see civilizations! This is the end of the world.
Response: Yes you can, go away and use your brain. Just click on a building or unit of theirs. This argument is actually valid in liga, where you can't do that right away. Then again, you can always scout them, and are going to do that anyway, and can see their stuff then. Additionally, when they scout you you can click on their dog and see their civilization then, too. All players are equally disadvantaged, and in the few ages/player counts where you don't instantly have a good idea (or fairly decent idea) of what your opponent will be doing, playing a conservative strategy that allows you to rapidly adapt isn't really that difficult. Heck, it's even good, and you should probably be doing it anyway.

Yeah, but they'll give a specific example, like, "when the other team makes a coli you need to be able to tribute so you can make a coli to counteract it". Except, you don't need to do that. In fact, the fact no one could build a coli and they could shows your team was loosing the game already. The fact that you weren't even thinking about building a coli also shows you deserve to loose.

Or perhaps "in an island game, if your coli dies the game is over!". Except, you can kill their coli, build multiple colis, et cetera. Or just defend your own coli better. I mean, there are a LOT of other options other than instantly tributing the guy who lost the coli to re-build it.

Subtype of above argument: Without tributes, people won't be able to rebuild and many games will be lost because of it!
Reponse: They can't do it either. So, why not actually prevent your allies from getting pwned to the point they need to rebuild? Yeah the "teamwork" of feeding them resources and forgetting about them is gone, and it has to be replaced with the actual teamwork of defending your allies. More importantly, when someone on your team dies to the point of needing to rebuild this means the other team is winning. You're loosing. Why not play better in the first place?

Subtype of above subtype: No tributes = no teamwork!
Response: Because obviously, the ability to work together as a team is dependent on tributing your allies vast sums of stuff because you can't plan who will make a coli, or can't properly defend your bases as a team, removes teamwork. Oh wait, no it encourages more real teamwork. Tributing and working as a team clearly are not mutually exclusive. It's blatantly obvious and utterly retarded anyone would suggest they are--just one example is attacking with your ally. Hey, that's teamwork. It also is not dependent on tributes at all. You can do it without tribute screen, or with tribute screen, and sending tributes to your ally during said attack doesn't change how successful the attack is.

I'm sure I'll be adding even more later, but seriously, can some people think first, instead of last? It'd be helpful, especially when you can make legitimate arguments, because removing the tribute screen certainly DOES have real consequences. You can argue it makes CB inconvenient or less fun, adds a bit of randomness/unpredictability to liga and prevents seeing civilizations very early on for 1v1, and so on. However, making arguments that are completely wrong, or close to an argument that's true and then overstating it horribly is just stupid, and is the best way not to be listened to.

Be who you are and say what you feel, because those who mind don't matter and those who matter don't mind. ~Dr. Seuss
Top

Thatswhy we have the Test version , but i can tell you that the biggest disadvantage i have had yet, was that i couldnt see the civ name of my opposit in Liga games , and there is no argument against this. This is fact , this is a huge disadvantage. With my dog i first have the explore my area than go to opposite, and really this takes a bit of time which could have been important for me , if my opposit does 2 settel start , i still have NO idea what he is going to do for about f11 5-6. 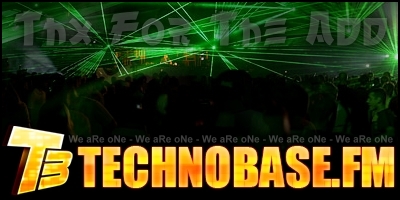 REMOVE THE TRIB SCREEN, I LIKE IT!
BUT PLEASE, PLEASE, PLEASE DON'T MESS WITH THE CIV POINTS SO MANY COOL CIVS DON'T WORK ANYMORE

FOR EVERYONE WHOS CRYING ABOUT NOT SEEING CIV, YOU GUYS ARE FGTS HAHAHA
Top

They all got reset to the default costs as was the result of the January poll regarding patch changes. Sorry if some fun civs are no longer possible because of this, but there was not enough support among the community for the changes, so I removed them.

DAMN, ME AND MY BOYFRIEND ZOLD LIKED IT. BUT THANKS FOR CLEARING THAT UP
Top

I didn't played EE since like 3 years and when i came back no tribute screen. I thaught i was ok no problem but in liga it's really a problem.

Whithout tribute screen you give to mutch power to all-in strats. You can now have easy win with very fast rush inf in all case. I'm maybe wrong but i think this affect a lot the game play of liga.
You will say me probablee scoot ? yeah but in liga you have to scoot for find ressources and not your opponent first, and when scoot come its to late.

Maybe a solution is to hide this screen except when custom civs are not allowed.

There is the option of disable Tribute section on the screen , and leave the screen , but this would still allow glitching buildings , as far as I understood. It is all about the vote. It is in there, just vote it if you like so.

cHaoS wrote:You can now have easy win with very fast rush inf in all case.

This happens all the time and if you don't expect it from the start then you're a failure as a Liga player.
"Nothing is foolproof to a sufficiently talented fool."
-•¤Lazy Bone¤•-: we had to double ghost or we had no chance
•§ITHLORD§•(surfer): artylery give no many domage on aa mobile since 3 day
Top

Yeah i agree Ghost, but there is actually some risk going Great Britain and Austria 2 settle starts now which is a good thing.

"Nothing is impossible, the word itself says "I'm possible"!"
Top

Yes Ghost. But now every idiot can choose spain as civ and rush in ages like mod. If u had done this before every player would have been able to stop ur rush easily by checking the civ.
"Nobody's invincible, no plan is foolproof
We all must meet our moment of truth"
Top

i can get an airport before a forward rax spain rush hits me... so i have no problem with this. also i can now use franks imp rush as it was useless beforehand..

Yeah Wizo rushing with Spain is not going to be auto win at all. The only difference is instead of looking at what civ they picked, and going hey they are Great Britain I'm going to take my time with my tower, and maybe AA boom on gold because Great Britain's no settle isn't near as powerful as Spain's. Next case they pick SPAIN AND OMG 2 CIT RUSH TOWER ON DOUBLE MINE OMGOGMOGMGMGMGOGMOG MAKE FB OR TANK OMGOMGOGMOGGMOGOMG HELP!!!!!!!!!!
AHHAHAHAHA BECAUSE I KNOW U CAN ONLY NO SETTLE WITH SPAIN I MAKE PERFECT DEFENSE AND WIN UNLESS YOU HAVE INCREDIBLE MAP!!!!!!!(speaking 1v1/2v2)


3v3/4v4 will not notice any change from this other than some uses Assyrian Empire in Copper or Franks in RENN-INDY. I could see Rebel Forces being used in ww1 as a pocket civ now as well, and Austria in pocket more in Imperial.
"Nothing is impossible, the word itself says "I'm possible"!"
Top

Liga without knowing the other one's civ is awesome !
people have to accomodate themselves to the majority